On Saturday 28 April, Sea Kayaking Wales welcomed, to Bodorgan, Anglesey, its first Biodiversity delegates – Sue, Dave and Catherine.  The day began with sharing fresh coffee, croissants and pain au chocolat as we got to know one another.  This was followed by a classroom presentation/discussion, led by Geth and Richard, to formulate what we understand about Biodiversity and how it differs from marine to terrestrial environments.  We then practiced using a Field Studies Council “Rocky Shore Biological Key”, for species identification, on pre-collected seaweed and invertebrate animal specimens.  Our chosen goals, for the kayak trips, were to understand/explore tidal zonation in coastal ecosystems, identify a range of algae (seaweeds) and find as many of the main 28 animal groups as possible. 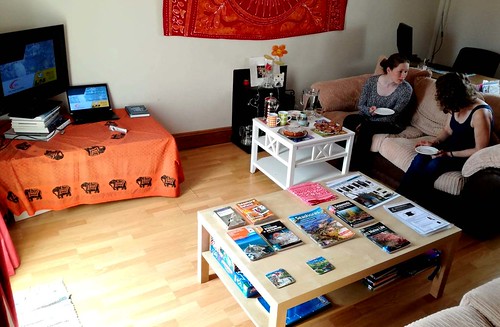 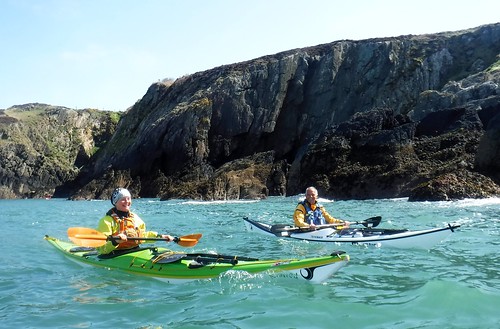 The low wind, swell and sunny conditions allowed us to explore any angle of Anglesey’s coast.  We chose to paddle between Porth Llechog (Bull Bay) and the Borth Wen Brickworks, on the North Coast.  This gave us access to both rocky and shingle shore ecosystems with both exposed and sheltered aspects.  This rocky shoreline also has extensive sheltered cave and gully locations that are dark and protected from desiccation – here the baked bean ascidian sea squirt often outcompetes barnacles to filter feed on plankton and the red crusty algae decorates the rock walls in a bid to absorb the low intensity light. 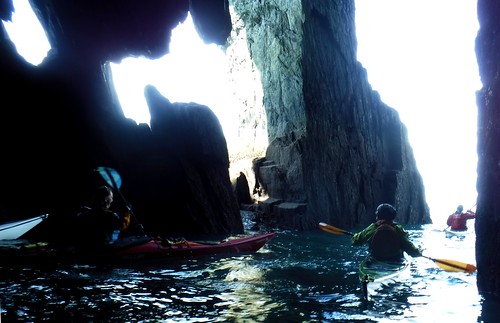 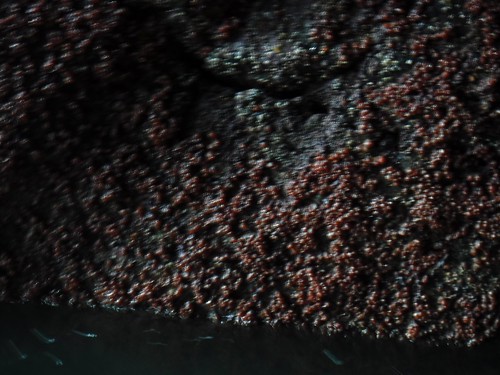 Both Porth Llechog and Borth Wen exhibited great seaweed, mollusc, annelid and arthropod diversity in accordance with the zonation rules.  The Trecastell Hotel, Bull Bay, proved to be a popular venue, with fantastic views, to discuss our plans for the Sunday kayak journey. 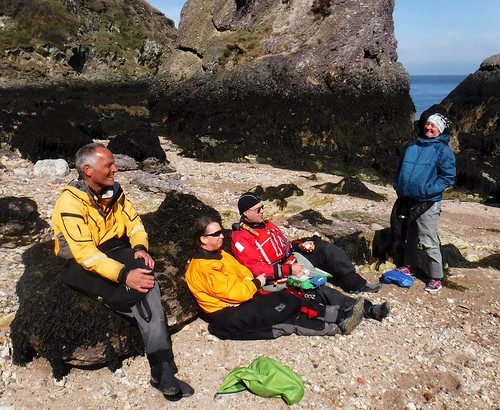 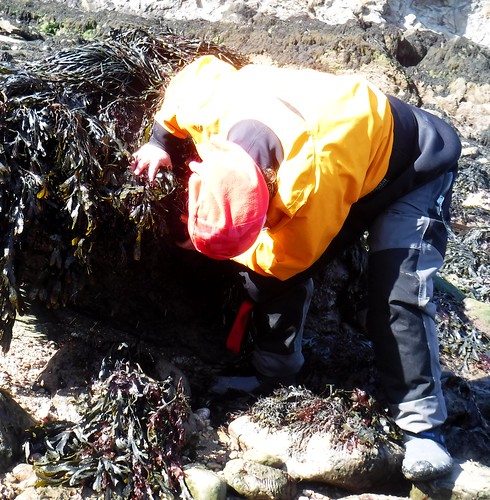 On Sunday, we met at the Truckstop Cafe, Holyhead for coffee and some more breakfast.  The aims of our second day were to visit additional coastal ecosystems (salt marsh, sediment and sand dune) and visit a seal colony.  Four Mile Bridge to Borth Wen, Rhoscolyn was an obvious choice given the favourable and sunny weather conditions. 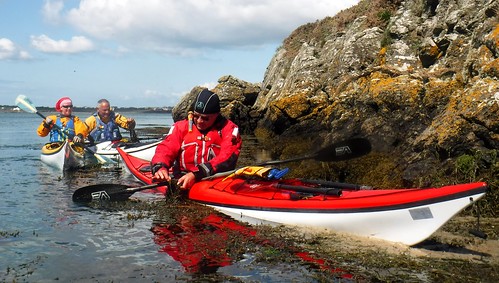 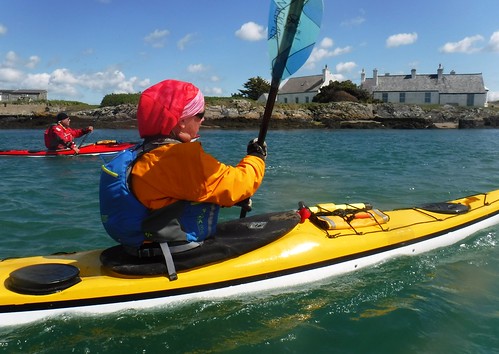 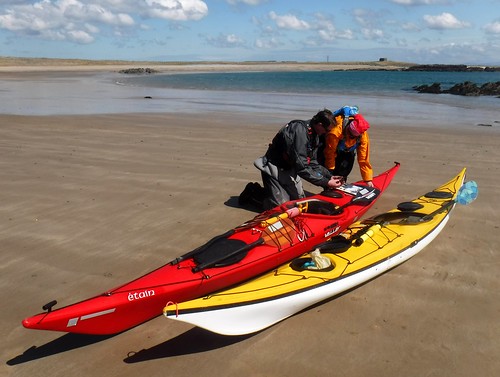 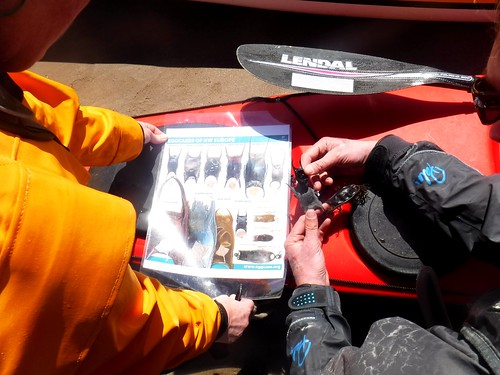 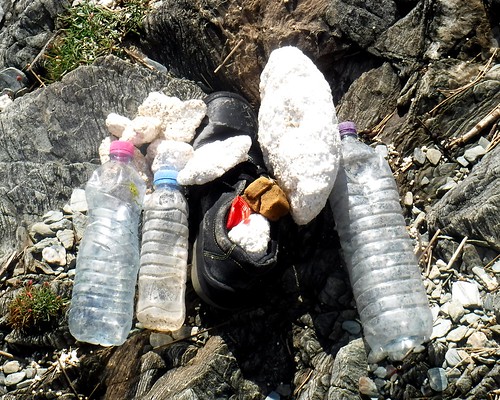 The waters beyond Silver Bay were crystal clear.  Here the rocky shore was dominated by evenly distributed tough barnacles and marauding dogwhelks that were distributed in clumps near rock crack havens.  The darker gullies were again decorated with red crusty algae and, instead of sea squirts, bright patches of orange breadcrumb sponge and beadlet anenomes. 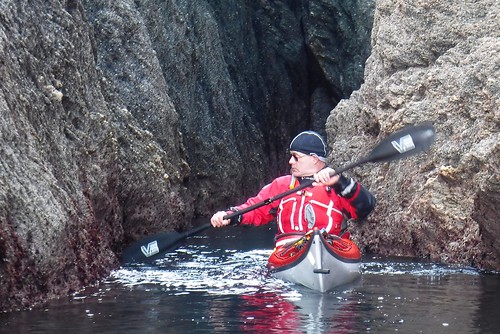 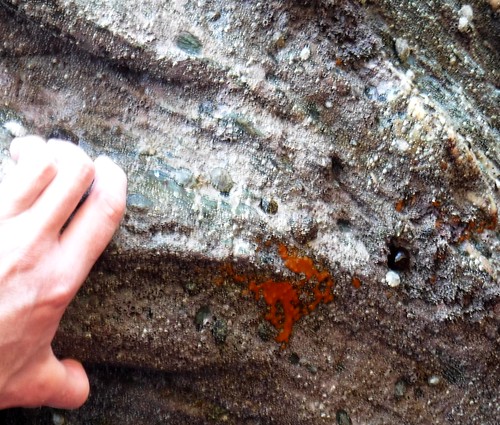 At Ynysoedd Gwylanod, the Beacon Islands, the resident seals basked contentedly in the sun.  They were clearly well fed following another busy feeding session in the ebbing tidal currents.  Our team was also feeling very content and ready for their post-course pint in the White Eagle Pub. 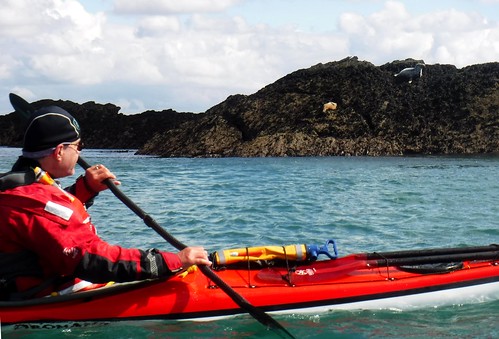 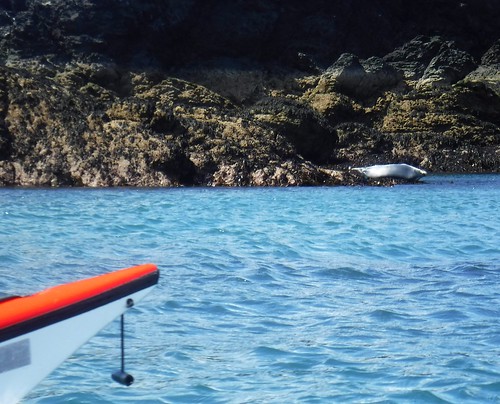 2 Replies to “The first SKW Biodiversity for Kayakers Course, Anglesey”