After paddling the Pyranha Octane surfski on Llyn Padarn I wanted to try it out at sea in wind, waves and moving water. My kayaking buddies for this trip were Ed and Abi Loffil. 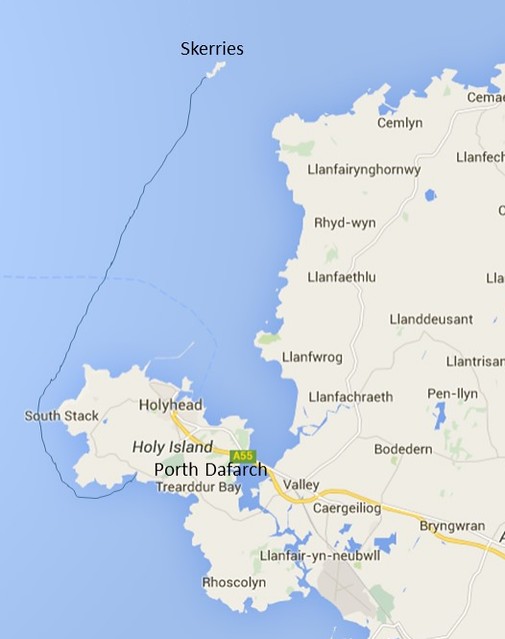 The Pyranha Octane with the Flat Earth Sail fitted

Ed and Abi had a head start on the outward leg so I followed them 20 minutes after their departure. This leg had up to 10 knots of southerly wind with a slightly post spring tidal current to propel us on the flooding tide to The Skerries. Time of leg – 1.5 hrs. 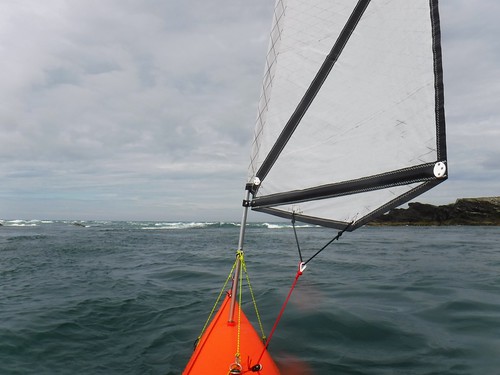 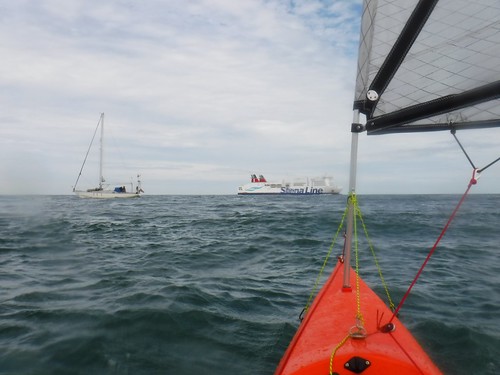 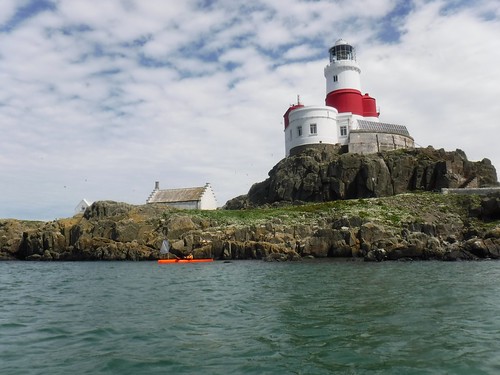 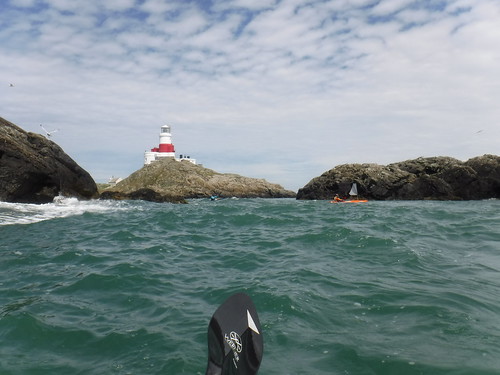 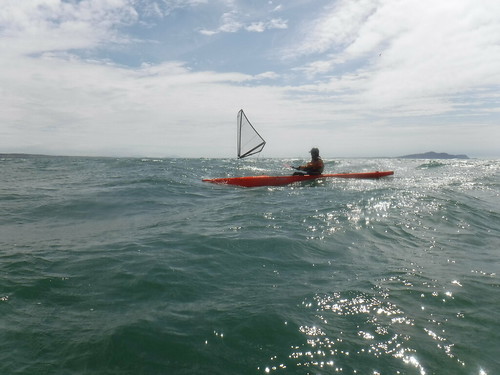 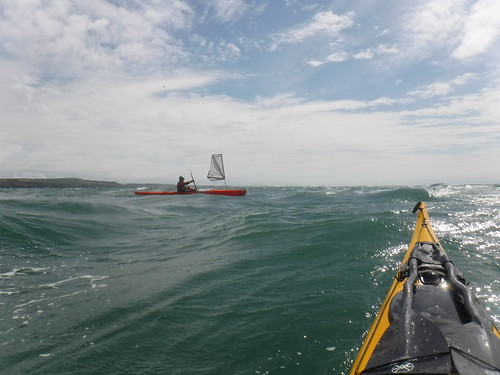 Surfing circuits at The Skerries

The return leg had 10-17 knots of southerly wind against the south flowing ebb tide. Time of leg – 3 hrs. 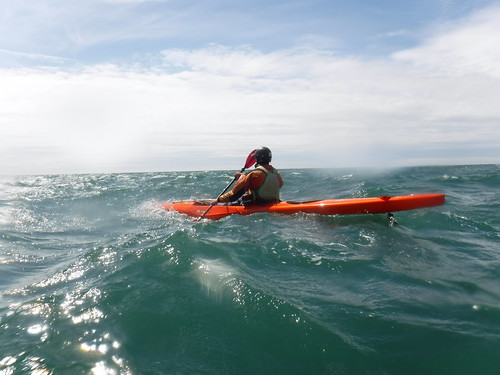 The rough journey back south 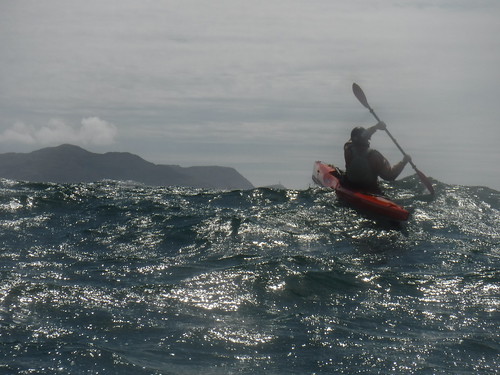 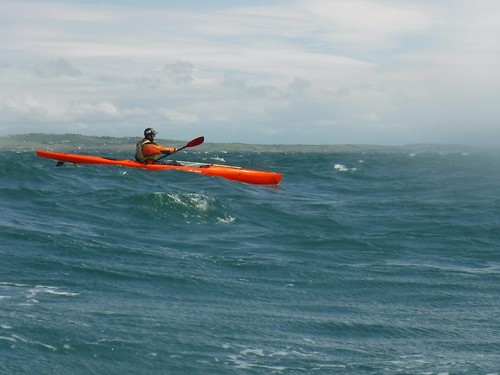 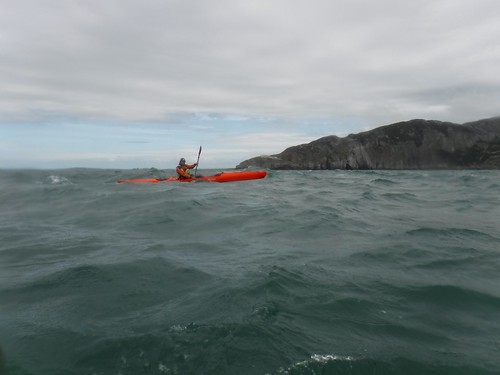 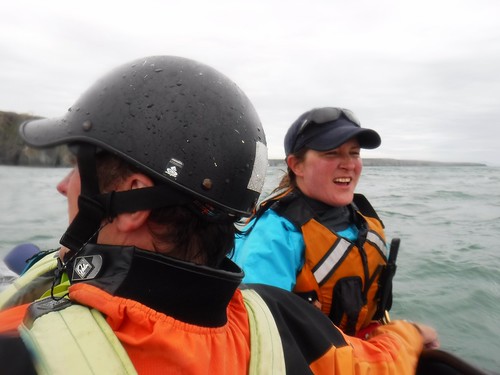 Taking a rest at South Stack 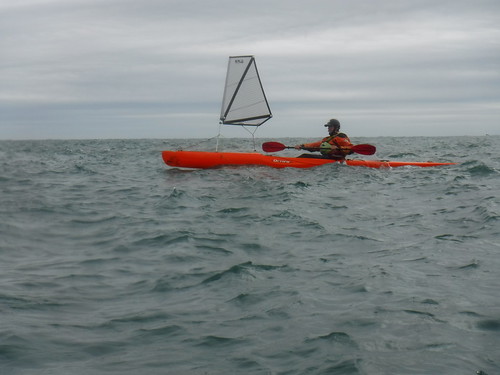 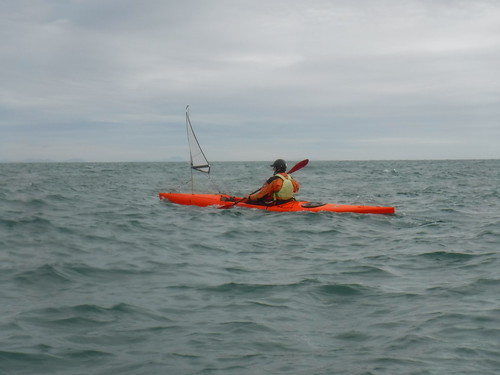 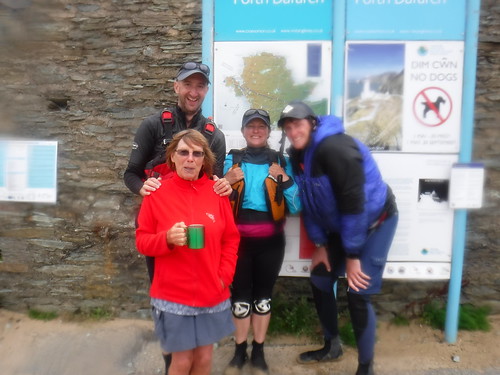 The team returned at Porth Dafarch with our paddling friend Jan

Initial thoughts on the Octane

Previous to receiving the Octane I had never paddled a surfski. The closest speedy boat I had experienced to compare it to is the Rockpool Taran. The Octane, like the Taran, is great fun to paddle fast, especially in surf. At speed the surf ski is particularly stable, locking into its watery path. Its stability seemed further enhanced with the addition of the Flat Earth Sail, as this gave more propulsion. It is even better to sail than the equivalent P&H Scorpio or Delphin sailing kayaks as it is super quick and responsive to the rudder. With its open cockpit it felt a lot like a modern sailing dinghy, especially with the gurgling sound of the self-bailer.

Paddling downwind with swell was far, far better than the reverse into wind and waves. The former situation gave much greater speed than the accompanying sea kayaks, whereas into wind and swell the surfski was only marginally quicker, despite lots more effort from my core muscles. I probably need to improve my technique in these conditions.

The Octane is a very positive boat. It rewards good posture and technique with better performance. This feedback is proving really useful as I try to get better at paddling a surf ski.

Next time I want to try some more downwind runs!